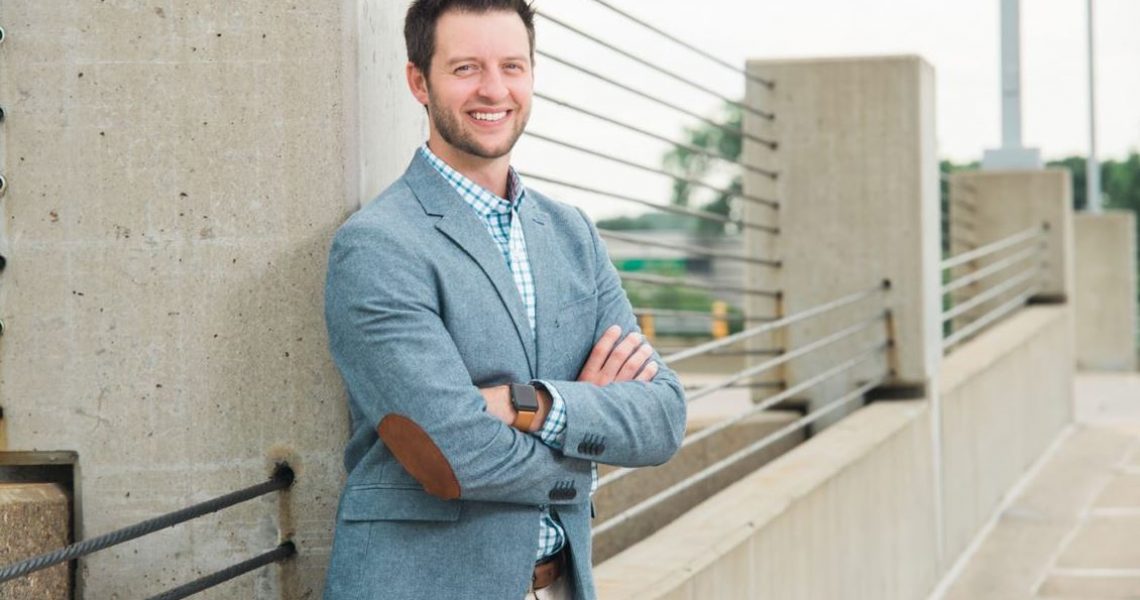 Trent Zimmer: Passion and a Pledge

What does a hospitality and hotel management degree have to do with real estate? It’s a question that Trent Zimmer, one of Keller Williams’ superstars is asked on a regular basis. Actually, the answer is surprisingly obvious. Hospitality is essentially a college course term for outstanding customer service. These studies teach the what and how of making people feel so pampered, that customer service almost becomes as tangible as the taste of a fine meal, the feel of soft sheets or the clean scent of an elegant room. Studying this concept on a college level imbues the student with incomparable skills that become second nature. Surely, it’s apparent that these are skills that will make an agent stand out.

It’s the hotel management part that tends to throw people. But here too, the similarities to typical real estate transactions are remarkable. In Zimmer’s case, class work combined with on-the-job training, augmented his knowledge of the intricacies of buying, selling and leasing.

“My final internship was a resort that managed rentals on one side and sold the rentals on the other,” Zimmer says. “That experience made me realize that it wasn’t the hospitality industry I was passionate about. It was the people!”

While Zimmer will tell you he’s fortunate to have found a career that so perfectly matches his talents and interests, he also acknowledges it took a while for him to realize that. In retrospect, he recognizes that subtle signs were there from an early age, but the pieces of the puzzle came together gradually over time.

When he headed off to college, Zimmer didn’t have visions of buyers and sellers dancing in his head. But the seeds were there, planted in his youth.

“My dad had his general contractor’s license. It wasn’t his full-time job, but he did a lot of home remodeling and really enjoyed it,” Zimmer says. “My mom and grandmother followed their passion and were part-time interior decorators – very creative people who had the gift of being able to visualize the finished product no matter what they were starting with. Because both my parents were so involved in various stages of home development, I was naturally exposed to a wide variety of floorplans, architecture, styles and the people who owned these homes

“And, there were always magazines around our house like Better Homes and Gardens. As a boy I would flip through them and circle houses I liked,” he adds. “I’ve always been attracted to really cool houses.”

Fast-forward to Destin, Florida 2011. Zimmer, an enthusiastic and promising third-year student, was serving an internship with a widely acclaimed resort. Propitiously, he was assigned to the property management arm of the company. It was a match made in heaven. Zimmer was definitely in his element and absorbed everything like a sponge. His supervisors were so impressed with the young man’s performance, they offered him a full-time job upon his graduation the following year.

“These were beachfront homes in Seaside, a quaint little beach town,” he says. “And, while I enjoyed that very much, I was even more intrigued with the part of the company handling sales. On one of my last days, I spoke to one of the agents selling homes for our company. I expressed how much I had enjoyed working there over the summer, explained that I would soon be graduating and asked if I might come back. I was delighted when she said, ‘Trent, if you want to come back here and work for us, consider the job yours.’

“So, that was my plan,” Zimmer continues. “That fall, I returned to my classes and was pleasantly surprised to be recruited by Four Seasons Hotels & Resorts. I fully appreciated how few students were given this opportunity, and naturally I was excited and proud.”

Although he had been looking forward to returning to Destin and a position he enjoyed and was very good at, being recruited by the Four Seasons was quite a coup. And not one to be ignored. To be chosen as only one of two from among an entire graduating class was a prestigious honor and one that Zimmer said he couldn’t pass up. He was assigned to Four Seasons Miami and was about to learn that things aren’t always as they appear. Nine months into the “prestigious” job, he was ready to leave.

“I realized the corporate thing was just not for me,” he says. “I am not a person who likes to be micromanaged.”

WHAT’S THAT GOT TO DO WITH IT?

Folks who feel compelled to question Zimmer about his college major and how it relates to real estate might be surprised to know they aren’t alone. It was a bit of a surprise to Zimmer too!

“Some people have asked if I feel those four years were a waste,” Zimmer says. “I know, however, that I have been successful in this business because of everything I learned in the hospitality world.

“In Miami, we catered to a wide swatch of society – billionaires and those who scrimped and saved for a special occasion. True hospitality, when done well, adjusts to the customer. It’s certainly not a one-size-fits-all; the magic lies in your ability to anticipate and respond to each person on a very individual basis.

“My college education helped shape who I am,” he adds. “I believe the reason I’ve been so successful is that I’m service-focused, not sales focused. No one wants to be sold anything. I subscribe to Zig Ziglar’s observation: ‘You will get all you want in life, if you help enough other people get what they want.’”

It was 2013, and Zimmer was about to face two life-altering events.

The first was an exciting aha moment. All the puzzle pieces fell into place as Zimmer realized that real estate was his niche.

“I had made the decision to return home to Minnesota and began taking real estate classes online,” he says. “It was a little surreal. Here I was sitting at my desk in my bedroom overlooking Biscayne Bay from one window and downtown Miami from the other. It was April 2013. I was licensed by June.”

The second event was falling in love with the girl next door. OK, Karissa lived 10 doors down, but Zimmer did meet her almost as soon as he returned home. They fell in love and have now been happily married for two years.

The Zimmers have a 9-month-old son, Ezra, and their beautiful Samoyed, Mia.

KEEPING IT IN THE FAMILY

Once he clarified his passion, Zimmer soared. Just this year, he was named one of the National Association of REALTORS 30 Under 30, class of 2018. Of the more than 300 real estate professionals who applied, Zimmer is the sole Minnesota REALTOR on this year’s list.

Although he began with another broker, last year Zimmer moved to Keller Williams. According to Zimmer, it’s a perfect fit, offering advantages not found elsewhere.

“I love KW because I am very learning based and techy,” he says. “I also love all of the additional opportunity that KW provides, plus an exit strategy unlike any other company in the industry.”

Today, Zimmer serves as the CEO and team leader of Keller Williams in Apple Valley, Minnesota, where he coaches, motivates, trains, and grows the businesses of those within his market center. He is also creator and leader of The Zimmer Real Estate Group.

When Zimmer was considering adding to his team, he began mentally listing all the attributes he was looking for and quickly realized he’d just described his wife.

“She was very successful in her previous career,” says Zimmer. “I had to be persuasive to entice her to come on board. Once she heard of the unlimited possibilities with no glass ceiling coupled with the fact that we were just starting our family, she agreed. It’s been great working with her. She’s so smart and very good at what she does.”

When he’s not holding a training session, coaching a team member, working with a client or preparing for an open house, Zimmer can usually be found enjoying quality time with his family or enjoying one of his many hobbies.