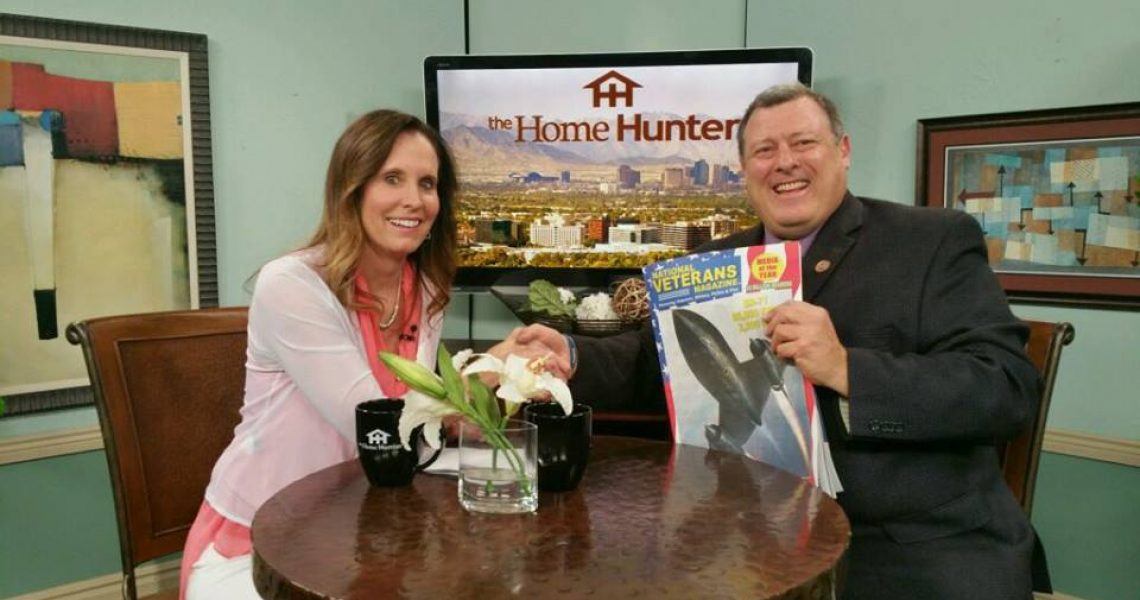 It’s the little things that make a difference. No one knows or demonstrates this better than veteran mortgage professional Mark Field. Senior loan officer at Barret Financial Group, Field’s entire life has been dedicated to serving others – his country, his community and his customers.

Taking that extra step, extending yourself beyond what is expected not only exemplifies strong character and compassion, it also tells your customers that their needs are more important than the almighty buck. With more than 20 years of experience in the mortgage industry, Field personifies this business model perfectly. Not only does he pride himself on going the extra mile, he takes his greatest satisfaction in doing so.

“The most rewarding feeling being in the mortgage industry is helping solve major financial issues,” he says. “For example, a real estate professional referred me to a couple wanting to buy a home. The husband told me that the wife’s pocketbook was stolen from the supermarket and someone wrote bad checks on their account. They have been dealing with this issue for three years. I asked what city this occurred in, contacted the police department and obtained a copy of the police report. I then submitted it to all three credit bureaus and had all the derogatory accounts modified removing them from the credit report. Now the couple qualified to buy the home.”

What Field did for this couple wasn’t a matter of life or death, but it certainly helped keep their dream of home ownership alive. He cared enough to look beyond their credit score, get to know them as people and then invest his time and energy to help pave the way for their purchase. He can’t leap tall buildings in a single bound, but to this couple Field was a true hero.

It’s the kind of personal touch he brings to every client and situation. To Field, it’s not just business, but rather a very real way to help people. And, while it seems apparent that he is a naturally caring and giving person, Field says that the time he spent serving his country was pivotal in developing the man he is today.

“While in the navy, I served eight years on submarines,” says Field, “and three years underwater serving in logistics. Attention to details make the difference. I take enormous pride in being the kind of mortgage professional that customers can come to with their problems. I feel great appreciation to the U.S. Navy for having deeply ingrained those skills. I sincerely believe that my eight years of service helped me develop the deep-seated belief that everything should be done right and with pride. It’s what governs my life.”

It’s apparent that he has carried this same discipline and dedication to the mortgage business. Over his two-decade career, Field has served as underwriter, loan officer and branch manager. Furthermore, Field has garnered praise and admiration from clients and colleagues alike, as well as being recognized with the industry’s most prestigious awards including Mortgage Loan Originator of the Year.

Arizona State Senator Catherine Miranda, who nominated Field for this prestigious award says, “Mark Field has made significant contributions to the state of Arizona and I am proud to nominate him.”

Though he left the navy in 1989, the navy never completely left Field. Deservedly proud of his service, he is a stalwart and outspoken advocate for all U.S. Veterans and continues to serve them and his country through his own creation, the National Veterans Magazine.

As publisher and editor of this publication, Field successfully reaches millions of veterans, active military, police and fire professionals. With a readership in the multimillions, the magazine serves as a source of information, support and education.

The National Veterans Magazine also provides a vehicle for veterans to stay in contact with one another, keep abreast of the latest issues affecting them and serves as a resource for networking and establishing new contacts with fellow veterans across the country and around the world.

Field and his magazine have been recognized on countless occasions for the positive efforts and ongoing support. One of the most recent of these was receiving the Media of the Year award from the Arizona Game & Fish Commission. A fact, Senator Miranda recognizes the magazine’s outstanding contributions in her letter of nomination for Mortgage Loan Originator of the Year.

And, Christine Gannon, adviser and consultant to the U.S. Department of Veterans Affairs said, “I’ve had ample opportunity to see the tremendous and meaningful work being done by the National Veterans Magazine. … In official meetings, the magazine is referred to as the leading source of current information for veterans and their families and called upon to highlight upcoming veteran’s events, activities and news.”

Field’s life has been full and fascinating. Born in Brooklyn, New York, he displayed a strong work ethic at a young age beginning with his own newspaper route. In fact, Field enjoys the irony that after nearly a decade in the navy, another decade accruing three advanced degrees and yet another 10 years in the finance business, he’s come full-circle “delivering the news.” Of course, as the publisher and editor of National Veteran’s Magazine, it’s hardly the same level of delivery as when he was a young boy riding his route on a bicycle. But the heartfelt dedication and solid work ethic have only grown along with the man.

Actually, his magazine is just one more way Field continues to serve his country and his fellow veterans and is a true labor of love.

“I am honored to be the publisher and editor of the National Veterans Magazine and to bring the most important, unbiased and non-political information from a wide variety of sources to serve the needs and minds of Veterans,” says Field. “This is my expression of my First Amendment freedom of speech.”

In addition to serving his mortgage clients with unparalleled and meticulous care, Field publishes an important, award-winning magazine, and yet, still finds time to support and crusade for causes that finds relevant.

One such undertaking was the public service project of restoring the veteran memorials at Wesley Bolin Plaza. Not only did he once again lend his time and resources but inspired young people within the community and teach them the importance of giving back. His recommendation for a Veterans Diversity Memorial honoring all Veterans from all backgrounds was introduced and championed by State Senator Miranda.

“The Arizona Veterans Diversity Memorial is to show veterans that their service is cherished, regardless of race, religion, gender or sexual preference,” Field says.

Additionally, Field has been commended for creating and presenting a “Hands on Banking” a financial literacy tutorial to former homeless veterans in Phoenix. Following the success of this, he was asked to give a similar presentation to the children in the fifth grade at The Phoenix Collegiate Academy.

Field received a certificate of appreciation from a nonprofit housing organization for developing and teaching predatory lending courses to real estate professionals and consumers. The course was designed to educate consumers to be able to identify deceptive mortgage practices and unethical lenders.

Based on these and so many other contributions to his community, Field has been presented with numerous awards including two proclamations from the Arizona Legislature and the Veteran Champion Award from the U.S. Small Business Administration. The most recent proclamation from the legislature states in part: “THEREFORE, BE IT RESOLVED, by the Senate of the State of Arizona that the members commend and congratulate Mark Field for his dedication to the service of veterans and the State of Arizona with his exemplary work of the National Veterans Magazine.”

Field is also a published author, writing books that provide help and instructions on handling and saving money. He has appeared on over 850 TV and radio shows in the United States, Canada and The United Kingdom.