Where Is Minnesota Real Estate Heading As 2019 Approaches?

The national real estate sector has changed a lot in recent years, but when really drilling down into individual regions or states, some of the market shifts are even more stark than they might seem to be at first glance. Minnesota real estate is certainly no exception, because while the state is dealing with many of the same issues as many other markets, some of the effects it experiences in the year ahead could be even more significant.

In recent months, the big story in the national real estate industry has been a general lack of homes for sale, and the impact this has on sales activity. In many ways, Minnesota has been a microcosm of that trend, and should continue to be for some time to come, according to the Minneapolis Area Association of Realtors. In and around the Twin Cities region, the number of closed sales in September slipped 5.8 percent on an annual basis, thanks in large part to a 4.4 percent decline in inventory.

But because of how much demand there is for homes in the area, the median sales price of such a property exploded, rising 6.1 percent to a value of about $262,000.

ANY END IN SIGHT?

Unfortunately for the market as a whole, the number of new listings seen throughout the month of September continued to slip on an annual basis, falling 2 percent since 2018 beganand continuing an all-too-familiar trend. However, it’s worth noting that the number of newly listed properties actually jumped almost 6 percent year over year, which may indicate that prices have reached the point where current owners are feeling more comfortable about selling.

After all, the average number of days properties spent on the market in September slipped to just 42, down appreciably on an annual basis from the 50 days seen in September 2017, and the average home for sale now sells for about 98.4 percent of its original list price, up slightly year over year. Soon to be released October numbers should give us more information as to how we are trending locally.

IN THE TWIN CITIES

Interestingly, though, list prices seem to be dropping a little bit in Minneapolis, while growing in the suburbs, according to a local real estate team. For instance, Minneapolis has seen a more than 5 percent drop in properties for sale over the last month, but list prices have actually dropped nearly 2.2 percent for residential properties.

The average home for sale in the city has 2.8 bedrooms and 2.1 baths, with a median list price of just under $320,000, and the price per square foot has dropped about 2 percent.

Perhaps the biggest issue for many would-be buyers across Minnesota, then, is they may not see a great opportunity to make a purchase that fits within their budget. While there are many young adults in particular who are looking to buy a home, the options may not be available for them in locations they desire, according to the Southwest Journal. Across the Twin Cities, about 100,000 households spend more than half their money on rent, and some advocates say city officials aren’t doing enough to ensure affordable home construction.

While organizations exist to help people who might otherwise have difficulty affording homeownership achieve that goal, it’s understandable that they don’t have a significant enough reach to help everyone who may want to buy, the report said.

It’s important to remember that while buyers might be discouraged by some conditions in the market, and particularly the lack of inventory, agents can encourage them by pointing out that December and January are two of the best months in which to buy a home because competition from other buyers thins out and sellers become more motivated. This may also provide agents with the opportunity to introduce a home warranty into a transaction to provide more financial protection for buyers and sellers alike. 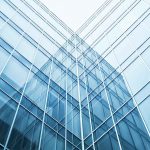 Where Is Minnesota Real Estate Heading As 2019 Approaches?