While there are typically broad national real estate trends in the housing market that are also applicable to Minnesota specifically, there are also plenty of unique quirks that come for agents who work in the Twin Cities and beyond. As such, it’s important to get a holistic look at the state of the sector in the Land of 10,000 Lakes every once in a while, and assessing the situation as the busy summer shopping season winds down.

While the low inventory seen in most parts of Minnesota should continue to push home prices higher, the fact that rates are starting to rise more sharply – and are expected to continue doing so for some time to come thanks to the improving economy – should lead to some cooling here.

It’s also worth noting that the tight inventory isn’t likely to be alleviated any time soon. Current homeowners may be hesitant to sell because of how much their mortgage rates would rise if they sought another home loan, and that might be a particular concern for those with lower-priced properties which – as with most of the country – are all too rare among listings these days. In addition, while builders are doing all they can to put up affordable housing throughout the state, they aren’t likely to come close to meeting existing demand; moreover, many homes in and around the Twin Cities may not be affordable in comparison with statewide averages, making the idea of moving there a potential hurdle for hopeful shoppers.

However, it’s worth noting that home prices continue to rise at rates well above historical averages – and in some parts of the state, it could be as much as double the all-time average, which tends to hover a little above 3 percent.

It should come as little surprise to those in the industry that the Twin Cities are home to the busiest housing markets in Minnesota, and a closer look at the trends there may highlight a number of things for agents to talk with their buying and selling clients about going forward. As of mid-July, the median sales price in Minneapolis was about $265,000, up about $23,500 from where they were at this time last year, according to the latest data from Trulia. Likewise, rents are well above the levels seen a year ago (an increase of $100 per month).

From late March to late June, there were only a little more than 1,100 home sales in Minneapolis.

Meanwhile, city data shows that more than 1,000 residential properties in Minneapolis and St. Paul alone currently sit empty – despite the heavy demand among would-be buyers seen within the Twin Cities and beyond, according to the Minneapolis Star-Tribune. Moreover, the city of Minneapolis put a new penalty into place more than a decade ago for properties that sit vacant, charging owners close $7,000 per year, but it has little impact on owners’ desires to keep those houses empty.

The inventory of those vacant properties comes as there are only about 9,200 properties up for sale in the Twin Cities metro area, a number that had fallen sharply from 12,000 a year earlier. Despite efforts to penalize ownership of intentionally vacant properties – of which relatively few are in foreclosure – the regulatory efforts don’t really seem to be getting much accomplished apart from raising funds.

Keeping all these issues in mind, real estate professionals can encourage a strong positive attitude among would-be buyers and sellers. Their efforts could really pay off even as activity slows in the housing market overall.

With that being said, as activity starts to cools down, it’s a great time to think about setting your listing inventory apart by offering a home warranty to prospective buyers. 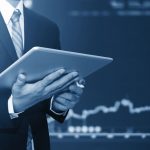