The busy spring season is here, and many real estate professionals across the state of Minnesota are likely putting the final touches on their plans for how to market themselves and reach prospective clients.

The good news for those looking to reach buyers in the months ahead is that, according to new data from Lending Tree, there’s likely to be no shortage of shoppers who plan to get into the market this spring. The Twin Cities in particular are likely to be one of the hottest markets for homebuying competition in the country this spring, ranking 16th nationally.

The Twin Cities’ metro area is home to some 3.55 million people, and those planning to get into the market largely seem set on doing things the right way, in line with what any experienced agent would recommend. More than half of would-be buyers have credit scores that are at least prime, and nearly three in five say they will get preapproval on a mortgage before they hit the market in search of a home. Moreover, the average down payment those shoppers are prepared to put down is significant, at 14 percent.

To that end, agents will be wise to make sure their clients know the importance of improving credit scores and down payment size, so that even as competition heats up – especially among first-time buyers – they will be able to find a deal on a home they want.

As with many major housing markets that are expected to see big increases in real estate sales activity, the Twin Cities and surrounding region are experiencing a significant lack of lower-priced starter homes that would normally be favored by younger buyers, according to the Minnesota Post. The problems mostly stem from owners not selling – despite plenty of year-over-year home price increases since the end of the recession – and construction firms simply not keeping up with demand.

In addition, the number of would-be buyers with sizable annual salaries getting into the market, who might have previously focused on larger, more expensive homes, are likewise more interested in buying lower-cost homes. They can therefore, afford to make bigger bids on smaller homes, which takes away options for those who want to buy with more modest budgets.

David Arbit, director of research and economics at the Minneapolis Area Association of REALTORS, told the site that most people on the lookout for a first home, to make sure their mortgage payments are in the same range as rent for a two-bedroom apartment in the region. That desire puts most people in the area of being able to spend between $1,200 and $1,600 on a mortgage payment each month. But, when more affluent buyers can swoop in and make larger offers, the supply of homes in that price range becomes more limited.

DIGGING INTO THE NUMBERS

Meanwhile, the inventory of homes for sale in the region had plummeted from nearly 9,500 to more than 6,800. That change led to a sharp decline in the supply of homes for sale – to just 1.3 months from the previous 1.9 months. New listings were down nearly 5 percent over that period.

With competition heating up, properties put on the market are spending a lot less time up for sale, falling to an average of just 61 days on the market in December 2017. That’s down from 72 at the same time in 2016.

With so much at stake in a home sale these days, it’s vital for agents to ensure their clients are financially protected throughout a sale. When agents make sure a home warranty is included as early into the process as possible, all involved can be insulated against unexpected costs and potentially save large amounts of money. Because of current market conditions, many sellers may feel they don’t have to include a warranty, but it can actually be an attractive selling point and encourage more bidding because of the additional security it can provide if something were to go wrong with an appliance or system in their homes.

No Money? No Problem: Down Payment Assistance Programs

What Is A Person To Do? When to Take the Real Estate Exam 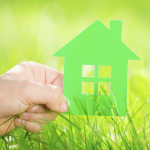