How to Succeed in this Pandemic: Look Back to Move Ahead

At the end of the second world war, Johnny Mercer sang a song which delivered a memorable lyric: “Accentuate the positive and eliminate the negative.”

Three quarters of a century later, that’s still good advice. The COVID-19 pandemic initially crushed every element of the real estate industry, from commercial to residential, from rental to purchase, from architecture to construction. And, while portions of the real estate business appear to be slightly recovering, there is grave uncertainty for the future.

The current crisis is not the first difficult economic period in our history. The real estate industry has endured difficult and game changing issues from the 1857 panic to the 2007 housing bust. The key question is: what are the positives we can learn from those who succeeded in those difficult times?

One answer is to look at historically difficult periods and figure out what was – and was not – done correctly. To paraphrase the philosopher George Santayana, those who forget the mistakes of history are condemned to forever repeat them. But, in the worst eras there were people who learned to make something out of nothing. And, not all of that information is in textbooks.

How do people succeed where others fail? A good, little-known answer occurred 40 years ago.

In October 1979 the Fed raised rates to prevent inflation and mortgage interest levels exploded into the sky. Sales and, especially, closings were stymied.

One late Friday afternoon in February 1980, the owners of a high-rise building in Los Angeles urgently telephoned a San Diego market research analyst. The analyst learned their panic was fear of not being able to close units in June. The owners quickly agreed to a reasonable price for the study. A formal proposal would be delivered on Monday morning.

To prepare the proposal, the analyst drove three hours to Los Angeles Saturday morning and arrived about 9 a.m. The idea was to become familiar with the project and observe prospects browsing through model units. At 4 p.m. the owners received a call from the researcher who offered to reduce the fee by 75% if no written report was delivered. “Just buy me dinner, bring a check and I’ll explain what you have to do.”

At 7 p.m., at a fancy Santa Monica restaurant, over a fine bottle of wine, the analyst delivered a simple solution. “Raise your prices.” The astounded owners stammered “why?” The researcher’s answer shocked them.

“Your problem isn’t sales. It’s closing the units already sold. The people going through your models are not future buyers. The folks looking at your models are already under contract. They’re looking for some way to justify their purchase at the higher interest rate. You are undervalued anyway, so raise your prices.”

The building owners had failed to see what was happening in their model units. But they did see the researcher’s logic and began raising prices. In June, 98% of the units sold closed. And, strangely enough, the rest of the building sold out in three months!

So, what are the obvious elements in today’s market that are being overlooked? Let’s begin by recounting what everyone knows.

THE GOOD, THE BAD, THE CHANGE

Since the second world war, housing activity has been decimated by catastrophic unemployment. Not this time.

Last month, the average 30-year fixed mortgage rate fell to 2.98%, the lowest level in half a century and a drop of nearly 1% in the last six months. That number has already had a positive impact on demand.

New listings have been steadily rebounding over the last three months, but the overall number of listings has faltered. The obvious conclusion is that limited inventory will support price maintenance.

But all that glitters is not gold.

The southern part of the country enjoyed 47% of existing home sales in June. That area, where housing performance has been the strongest, is now facing a new round of covid-19 outbreaks.

The current downturn is especially harsh on lower-income families. Hospitality and food service industries were hit extremely hard. So, the rental side of the business is hurting. Rentals in commercial buildings suffered the same fate.

Beyond the good and the bad is change.

Many white-collar employees can work from home and keep getting paychecks. Working from home means that folks are less reliant on automobiles. Money allocated for transport can now be reassigned to housing.

Millennials, now old enough to purchase homes, are fleeing cities to space-friendly suburbs. Indeed, virtually everyone in this business sees the transformation of urban and suburban areas. The pandemic has shifted office work from business districts to homes, a trend that many economists believe could become permanent. In February, New Yorkers fled the city to Connecticut. Notice, they didn’t charge into New Jersey. Why? Because that state is far more urbanized. Perhaps as important, many of those buyers were purchasing second homes!

All of this information is already out there. If that’s obvious, what aren’t we seeing?

The key question is: What do people really want? There’s no easy answer. Ask developers who survived the housing bubble thirteen years ago.

In 2008, a Las Vegas Hi-rise management was in a conundrum. The housing bust had stymied their sales effort. As a last resort, they dropped their prices. Before making the announcement, they notified all those who already had purchased a unit that their price would be adjusted to the new level. They made their media announcement on Friday. Imagine their surprise when their showroom opened on Saturday morning to a crowd of folks who had already purchased. No one wanted to withdraw. Virtually all their “buyers” wanted to see if they could upgrade to larger units!

History teaches us it is vital to understand the consumer. And the pandemic’s consumers not only want more space, but today, they have specific uses for that space. The obvious needs include home office (two if both work), home school area for those with children, the latest in technology (smart home and internet capability), as well as an exercise area. More importantly, the pandemic consumer wants to distance from neighbors and still be able to feel free to go outside.

Success today may be as much about design as it is about price!

Merchandising is crucial to future sales. Accenting windows to enhance a sense of indoor-outdoor relationships will be critical. It is important to feature home technologies and showcase built-in features. Energy star compliance will be vital for those whose lives are now spent at home.

The garage is also more important now than ever before. Increasingly, look for 2-car families to only need one space. In addition to storage, the balance of the garage area could become an exercise facility, a hobby room, an in-law suite or an office.

“Front Porch America” was a term that was popular in the 1950’s-60’s. The front porch was a place where family and friends passed time. They could relax together, watch children play, chat with neighbors and enjoy rocking chairs. In the early evening, it could even supply cool relief from the heat of the day. By the 1970’s, air conditioning and TV had all but eliminated the front porch as anything but decoration.

Today, Front Porch America is returning. Being able to socialize is crucial to the term “neighborhood,” Last year, most suburban residents didn’t know their neighbors. Why is that going to change? Because it is vital to your safety to know who is around you. The front porch will be one way to chat with and get to know your neighbors while keeping safe physical distance.

Beyond the impact of the front porch is the focus on family. It is no secret that millennials and Gen Z have driven some parents bonkers because they wouldn’t leave home. And, as the baby boomers age, they often need family care. In today’s world, generations are forced to live together. Separate living spaces become more important because of health issues in retirement homes. Look to separate entrances as well as individualized spaces.

A CHANGE IN COSTS

Beyond price is cost.

The first Hi-rise was built in Chicago in 1885. Architect William Jenney figured out that steel was the answer to building tall buildings. The change from concrete, wood and stone to steel was the proverbial game changer. The strength of steel led to the Empire State Building and beyond.

Given that the future appears to be suburbia, will we continue to see wood and concrete homes? As far as wood framing is concerned, the future is clouded. The world decimates an area the size of Ireland to meet demand for wood every year! And, old growth wood has all but disappeared. New growth wood is porous, less dense (fewer rings) and susceptible to bugs, fire, moisture and shrinkage!

Already in the market is a wood framing replacement technique called “panelization.” Some confuse it with pre-fab but the only similarity is that the material is delivered to a construction site. The difference is that it has already been conformed to architectural specifications and IBC standards as well as having plumbing and electrical installed.

That could be a significant element in the future real estate world.

History teaches us how to succeed by offering valuable lessons. The only question is: Will we learn them?

Those who succeed will!

5 Reasons You Should Consider a Knockdown Rebuild

How to Book More Property Showings Through Social Media 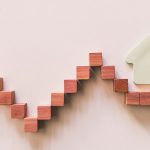 How to Succeed in this Pandemic: Look Back to Move Ahead